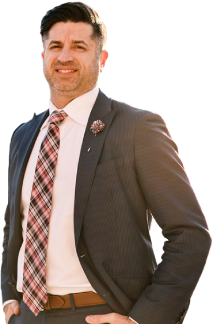 Criminal law issues are one of those scenarios that everyone always thinks will only happen to other people. But when you, your loved ones, friends or family are arrested, it becomes important to gather information on criminal law procedures. Suddenly, both the simple and complex aspects of criminal law become more important. While every case is different, it is important to understand the basics of criminal law. Here are some of the most frequently asked questions in criminal law circles.

When should I call the lawyer?

This is one of the questions most people take for granted, only to regret their decisions later on. As soon as one becomes aware that the police, or another investigating body, have started looking into them or if they believe they might have committed a crime, it is time to contact a lawyer. The lawyer will not only their client avoid arrest, but if arrest is inevitable, then they can arrange to have it done in a manner that minimizes embarrassment. More importantly, though, hiring the layer prevents you from being questioned by the police, thus minimizing cases of self-incrimination.

What if I am innocent?

In the minds of many, hiring a lawyer seems like an allusion to guilt. Even when one is innocent, this does not prevent them from being accused of having committed a crime. Sometimes, when one has committed a less serious crime, they might end up being accused of other, more serious crimes. One of the techniques used by district attorneys is throwing accusations at defendants such that they are scared into accepting deals. A lawyer might help guide their client through such scenarios. In case there is an arrest, it is important to cooperate and be polite. It is very rare that an arrest can be stopped in the field by convincing the officer. Call the lawyer as soon as possible though.

This is the first court date immediately after the arrest. This is when the individual is told what they are to be charged with, at least officially. Usually, a not guilty plea is entered, after which the defendant is released, unless the opposition’s lawyer can prove that the individual will likely flee or not appear, or will be a danger to themselves and/or the people around them. The burden of proof here is on the prosecutor. However, the amount of bail set might be increased if the defendant is on probation, if there are new charges filed or if the funds they are to use for the bail might be connected to illegal activity.

What types of crimes are there?

A civil violation is perhaps the least serious. Strictly speaking, they are not criminal cases, and they can be punishable only by a fine or sanctions like the loss or suspension of a driver’s license. A misdemeanor is a crime which has a maximum penalty of a year in jail a fine of up to 2,000 dollars. Felonies are the most serious, and carry with them potential sentences of at least a year and a day in jail.

When one is arrested, they are taken to jail, where they are likely fingerprinted and photographed. They are then released on personal cognizance or will wait for the bail commissioner to set their bail amount. Simply defined, bail is the amount of money, or property that is deposited with the court to make sure that the person charged will return to the court on the day they are required to do so. The way bail works is that if they return on the day they should, the money is returned to them at the end of the case, even if they are eventually convicted. However, if the individual does not return to the court on the said date, or in any way violates their bail agreement, then the bail is forfeited to the court and is not returned to them. It is important to note, though, that different regions have different bong laws. Some areas only have a cash bond system while other use the bail bond system. The Indiana Supreme court in 2002, for instance, unanimously upheld that the cash bond systems that let criminal defendant with few financial resources to avoid jail when waiting for trial was constitutional.

Generally, it is only when one accuses another of a crime that they can be charged. This is called pressing charges. However, it is not always the case that this has to happen for there to be a case. People have changes of heart, or it may be that the information or evidence they provided is inaccurate. In some cases, one can still be prosecuted even without the individual who called the police, complained or reported the crime being involved.

The criminal law process is different depending on the legal variations across the country. Still, even in Indiana, it pays to know the basics to avoid unfavorable outcomes if you are involved in a criminal case. Regardless of the situation, crime, innocence or guilt, the first thing you should do is contact your lawyer. Semko Law Office is a top criminal law firms in the Northern Indiana region. Do not hesitate to contact us with any criminal law issue.